36
By Dilshan Jayasinha on November 30, 2014 in Learn Sinhala Grammar

And so I try my best to avoid them. I’m not just talking about weird sounding words like “Subjunctive” or “Gerund” but even simple things likes “Articles”.

Simply because most of the time, I need to look it up to know what on earth it means (See, told you I was not a “teacher”).

But sometimes, I can’t get around them and have to use them. This is one of those posts, so bear with me. But just know that although I’ll be saying “Articles” throughout the post, I’m simply referring to the words “The”, “A”, & “An”…

The GOOD news: There is no equivalent for “The” in spoken Sinhala

Remember from the Sinhala adjectives post that “dog” is ‘bal∙la’?

The good news is that in Sinhala, “The dog” is also ‘bal∙la’.

For example; “The dog is eating” would be ‘bal∙la ka∙nȧ∙va’

The NOT-SO-GOOD News: Not only does the Sinhala equivalent for “A”/”An” exist but it’s also kind of tricky…

Unlike in English where we simply put “A”/”An” before the noun, in Sinhala we need to change the last syllable of the noun.

Ok, fine. Calm down and keep your “jungies” on… Dilshan’s got you covered. I present to you the “Lazy But Smart Guidelines”:

Here’s what I did…

I took a list of some common nouns that we’ve seen, and just started converting them to the “A”/”An” equivalent. I just wanted to see if there was a pattern. And indeed, a pattern there was.

Here’s a summary of what I saw, all in one downloadable image, just the way you like it. Click to enlarge.

Protecting My “Brown Sri Lankan Ass” – A Disclaimer About These Guidelines

Before some of you begin to find holes in my guidelines above, know this:

Putting This Stuff To Practical Use

Remember this guy, the “good-looking dog” from my previous post? 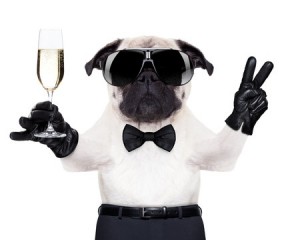 Well, I could use him as an example for this one too but I’m someone who likes variety and who likes to keep things fresh. So I’ve decided to introduce a new character for this post.

We saw both these words in Sinhala Adjectives Part 2. This is just to refresh your memory:

Learning to say “You are THE fat man”

Learning to say “You are A fat man”

Therefore, “A fat man” would be…

And finally, to say “You (are) a fat man”, like before, we just add ‘o∙yaa’ to the beginning of the sentence.

That’s “almost” the end of this post… But before that… I’d like to ask you to do something for me.

Please share this with your friends by clicking one of the social media buttons so that I become so famous that… I’ll need to wear a disguise every time I walk out of the house just to avoid being mobbed by screaming fans who want to touch me and kiss me.

Bonus Supplement: Replacing words in “You are a fat man”

Here’s a little bonus supplement for you to download, print, treasure, keep under your pillow, etc. It should help you really digest internalize every thing you learned above.

Just right-click on the “Bonus” image below and save/download the PDF. 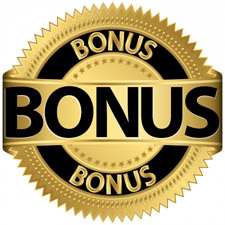 And Finally, A Special “Thank You”…

To my “little” brother (a.k.a. “Komitel Brother”) who gladly let me use his photo as “Fat Man” above.

I’ll end this post by showing you a photo of the two of us from way back then when we were neither “fat” nor “men” :)

Leave all your questions, comments, and suggestions in the comments section below. Speak to you in a bit.

I help people learn Sinhala, the main Sri Lankan language, with the minimum needed effort. I spend my days obsessively deconstructing the Sinhala language (I'm WEIRD like that) and I share what I discover through video tutorials, audio podcasts, flash cards, and blog posts (I'm FUN like that) and oh, I even give away a free copy of my Sinhala phrases eBook (I'm AWESOME like that!). This blog is for anyone interested in learning “good-enough” Sinhala but who doesn’t have the time, the need, or is just too damn lazy to become an expert in it.
View all posts by Dilshan Jayasinha →
Sneak Preview: New Sinhala Blog Post I’m Working On Right Now
Happy Birthday To Me!!! Some Thoughts I Had On The Morning Of My 35th Birthday… 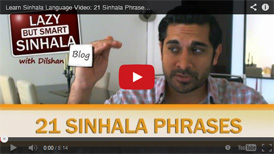